What Are The Famous Twitter Marketing Strategies To Achieve Success In 2022?

If you own a business, you should promote it in every way possible. One of the most hyped to get noticed by customers is social media. Social media, like Facebook, LinkedIn, and Instagram, can connect you with a large audience and help you find users interested in your industry.

Twitter is one of the social networks that allow businesses to communicate with their target audiences in 280 characters or less by sharing their opinions, promotions, and personalities—but ever wondered what Twitter Marketing Strategies? Or how it’s used?

Twitter marketing is the use of Twitter by businesses to create and distribute content to specific audiences, generate community interest in their brand, and, hopefully, generate sales. Companies can use Twitter to connect with a large pool of potential customers from all over the world.

Creating an effective and focused Twitter marketing strategy is a multi-step process. When you’ve determined your target audience’s desires, it’s time to begin creating content for them. However, keep track of how users react to your tweets. Monitoring the performance of your tweets can help you in fine-tuning and improving your strategy, as well as determining your brand voice.

Marketing on Twitter has several advantages. The platform enables you to raise brand awareness, communicate and engage with potential customers, and stay updated on significant trends and developments in your industry.

The following are some of the most important benefits of using Twitter for marketing:

To make your company’s Twitter marketing strategy as effective as possible, it’s critical to put some serious thought into it. A successful Twitter campaign requires in-depth research, planning, execution, and evaluation of your company’s content over social media.

Steps to creating a successful Twitter marketing strategy include: 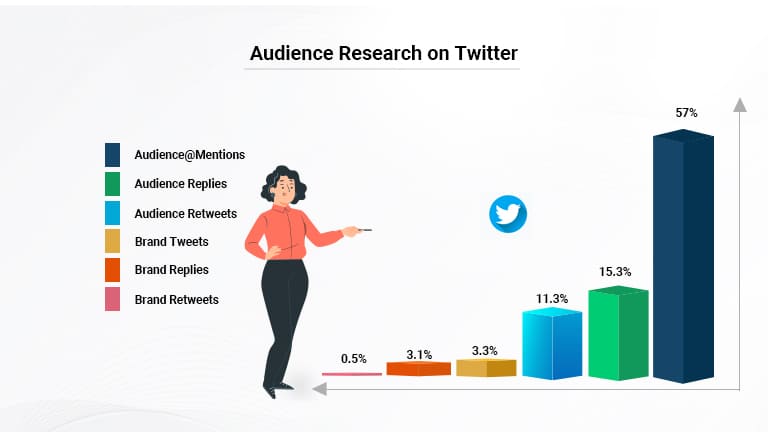 Investigating how your target audience behaves on Twitter can help you in developing a cohesive outline for your marketing strategy. It allows you to start making decisions about when to post and which tweets to model yours after.

Twitter Analytics can help you discover other pages that your followers enjoy. It can also tell you what age groups your followers belong to and what they do for a living. Tools like Twitonomy can help you see your competitors’ engagement statistics.

Enter some high niche keywords related to your industry into your business Twitter account. Examine the types of content brands similar to yours are posting and which of their posts receive the most engagement.

Get a sense of what motivates people to participate in your field. Are the most popular tweets amusing? Is their sincerity genuine? Are they educational? Depending on your industry, the types of tweets that garner attention will differ.

Examining the content from profiles that your target audience already follows can help you understand their needs. As a result, you’ll be able to create content that meets those requirements.

You can reach out to your audience during holidays, sporting events, and current events. You can even plan tweets that include any holiday specials or promotions you’re running.

Tweets with various themes like the one above can endear your company to your audience and help it build a positive reputation. Articles can also help increase your tweets’ visibility and brand awareness.

The target for specific KPIs and outcomes 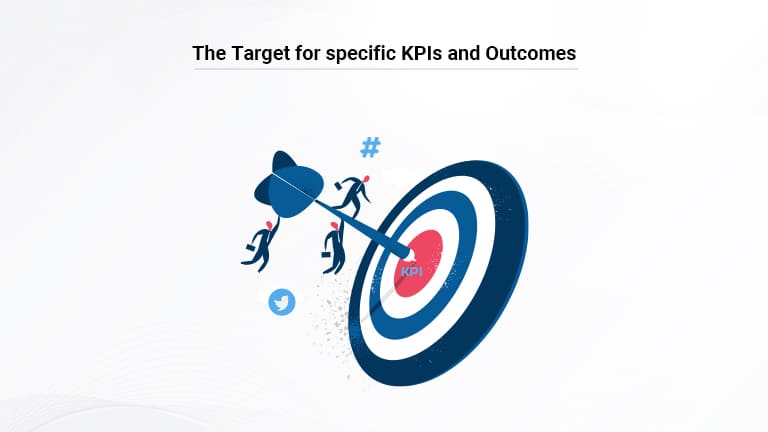 If you don’t measure it, You can’t measure your success. We have to Keep track of key performance indicators (KPIs) to determine, how well your posts perform. Twitter Analytics can help you see some of the outcomes of your tweets.

Please choose the most important key performance indicators (KPIs) for your company and concentrate on them. Perhaps your Twitter account’s sole purpose is to increase brand awareness. You might want it to make direct sales, however.

Here are some of the key performance indicators (KPIs) to watch during Twitter Marketing strategy:

Review your goals and evolve 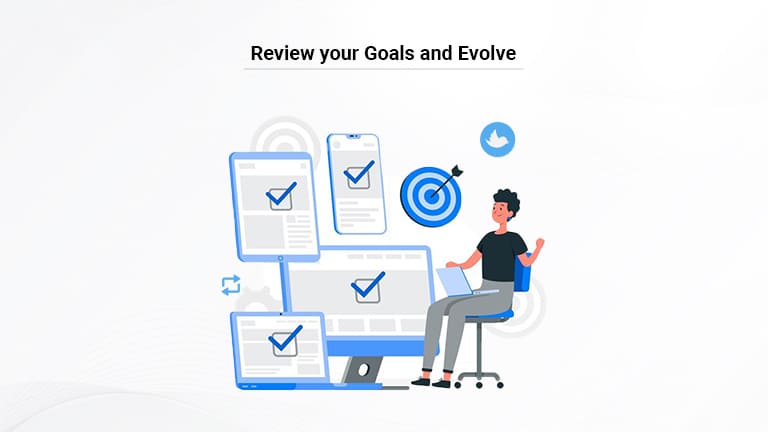 You’ll almost certainly be reevaluating your strategy and changing your content regularly as you learn what works and what doesn’t. Set goals to accomplish what you want with Twitter and how the platform will fit into your company’s marketing strategy.

Make sure to revisit your goals regularly to ensure they are still realistic and challenging.  In twitter marketing strategy, setting clear objectives can help keep you motivated and focused to give you something to work toward. Goals can also serve as a yardstick against measuring your progress.

If you’re not progressing toward your goals, figure out why and revise your strategy. For example, you might need to alter the type of tweets you send. Tweets with images and videos typically generate far more engagement than text-only tweets. 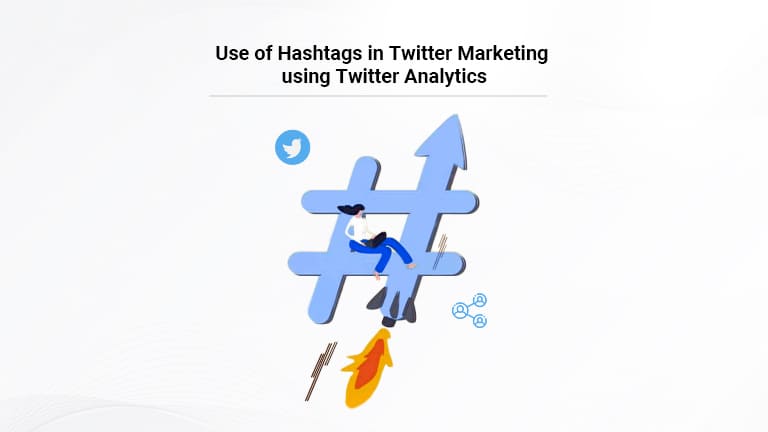 Tweets with hashtags typically receive over 12% more engagement (follows, replies, and retweets) than those without. Twitter Analytics can help you find some of the most popular hashtags in your industry.

You can also use one-of-a-kind ones that represent your company or a specific promotion which you’re running. Suppose, if you own an online record store, you might include the hashtags #VinylLife and #vintage vinyl in a tweet about a store promotion. Hashtags must begin with a “#” symbol and contain no punctuation, characters, or spaces.

However, don’t overcrowd your tweets with hashtags. One or two will suffice. Using too many hashtags can divert attention away from your message. It can also make your tweets appear less genuine.

Creating an effective Twitter strategy is deceptively difficult. Creating brief tweets that engage and attract an audience takes a lot of effort. Conduct research, create targeted content, evaluate your results, and keep your strategy updated. You will be able to optimize a Twitter marketing campaign that will help your brand grow.

If you want to avoid social media blunders and make the most of your company’s Twitter profile, Upwork can connect you with the best independent social media marketers. They will help you in developing a Twitter marketing strategy that works for your company and allows your brand personality to shine through.