In early 2021, Clubhouse appeared out of nowhere.They went from being a relatively unknown brand to becoming the hottest topic in the marketing business world. They then vanished almost as quickly. Every time I logged onto another platform, someone talked about Clubhouse or invited people to their Clubhouse “rooms.”

What is incredible is how, despite becoming a little over a year old, Clubhouse grew to 2,000,000 users in months. We thought Clubhouse’s growth strategy and business were worth a quick examination with such rapid expansion. After all, the excellent brand marketing strategy has propelled Clubhouse to success.

In a nutshell, Clubhouse is a social media app based on audio. The company describes itself as “a new form of social product based on the voice that allows people worldwide to talk, tell stories, develop ideas, deepen friendships, and meet interesting new people.”

Users can swoop in and out of different chats on various topics, similar to a live, free-flowing podcast. You have the option of simply listening or contributing your thoughts. In theory, it’s meant to be like a cocktail party or… Clubhouse. In practice, it’s a hybrid of LinkedIn, a panel discussion, and a professional conference.

The audio, on the other hand, does not leave the app. That is the main rule: conversations are not recorded and are not saved.

How do you get an invite to Clubhouse?

Right now, you still cannot join Clubhouse without an invite. You can download the app and reserve a username if you’re interested. It was previously only available for iPhone users, but it is now available for Android users.

However, the app appears to intend to expand to the general public. It claims it hasn’t done so yet for two reasons: it wants to build the community gradually, and it intends to prepare features that will allow it to handle larger crowds. 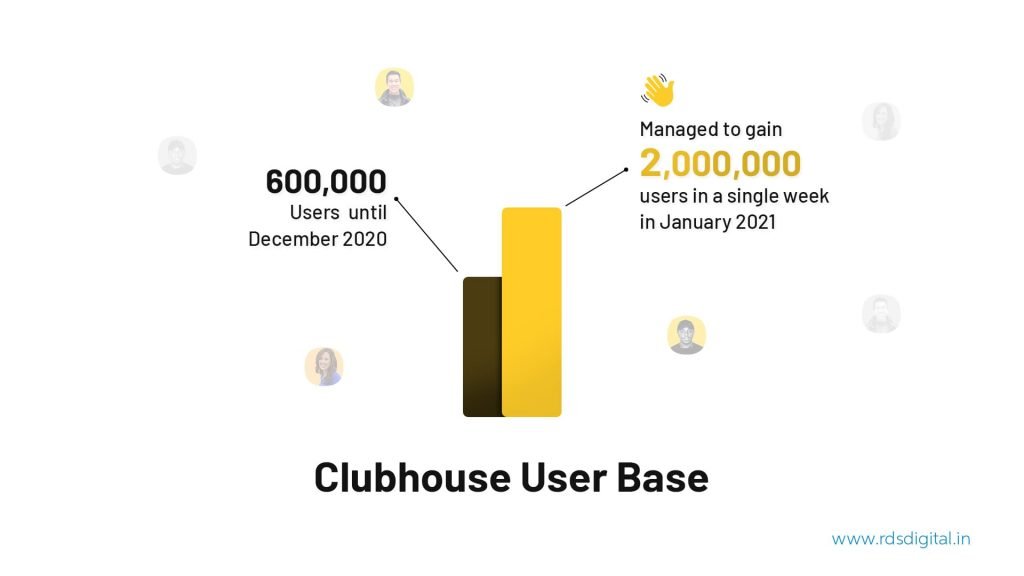 This is a significant increase from the total of 600,000 in December 2020. And the vast majority of these users come from various backgrounds, making it well-known among multiple communities.

According to that article, those users were from…

Having such a diverse customer base makes it difficult to analyze their ideal customer base, which was most beloved by the users.

The most intriguing aspect is how quickly they expanded their user base.

The 600,000 figure for 2020 was determined in December, and the 2,000,000 figure was chosen in January 2021. They increased their customer base by more than 50% in 1-2 months. It also gives them a more extensive user base than other social media platforms had in their first year. 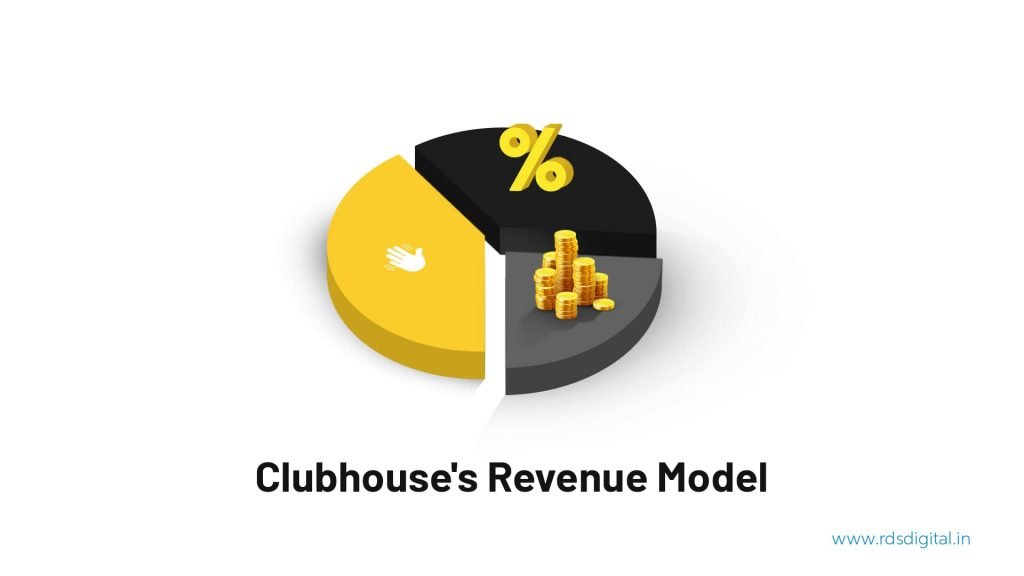 The Clubhouse does not currently have a revenue model. They do not charge for usage and do not run advertisements on the platform. It isn’t easy to justify a $1 billion valuation without a public revenue model.

Indeed, they have plans for monetization strategies, but they’re not yet public. We have a few ideas for what they might investigate, but it’s all speculative at the moment so that we won’t spend too much time on it.

Here are some options we think they might explore, keeping their community in mind:

At this point, everything is hypothetical and pure conjecture. It’ll be interesting to see how this aspect of the product evolves.

The Clubhouse is utilizing the “Velvet Rope” strategy. They’re establishing exclusivity through a combination of invite-only memberships and strategic marketing.

Consider the VIP area if you’ve never heard of the Velvet Rope Marketing strategy. It is frequently divided by a velvet rope, which separates the “VIPs” from the rest of the crowd. If you want to get in, you must either be memorable or be invited by someone special.

You are now one of the special people if you get in.

Everything behind that velvet rope is considered more desirable because it is difficult to obtain. It is unique. Clubhouse’s request approach makes their app exclusive, increasing the number of people who want it.

There are a few simple but highly effective psychological principles with this strategy.

Reason #1) FOMO is fueled by exclusivity.

The more insiders talk about Clubhouse, the more outsiders want to join. And if you spend some time on social media, you’ll notice that many people are discussing Clubhouse.

As a result, due to this reason, there is much demand for a small supply. As a result, people beg their friends for an invite, and those who have invites treat them with great care and consideration.

Reason #2) Invites from friends help establish trust in the app.

It’s not just about being invited to the app; it’s also about being asked by a friend. Wouldn’t it be strange if you just got an invite from a random internet stranger?

Would you check it out if it came from a brand you’d never heard of? Most likely not.

Clubhouse invitations, on the other hand, come from your friends.

This does not require any explanation because it is self-explanatory.

Reason #4) Scaling is inexpensive, thanks to invitations from friends.

You could think that limiting your tool and service to an invite-only membership process would hurt your chances. However, it has the opposite effect.

As previously stated, those invites eliminate any trust concerns because a friend has already vetted the service. As a result, signing up is a positive action.

It also does not necessitate any financial outlay other than the initial user acquisition. It also works exceptionally well at scale. Most businesses can only hope for each customer to refer two of their friends. If you make the process simple, the potential scale is enormous. 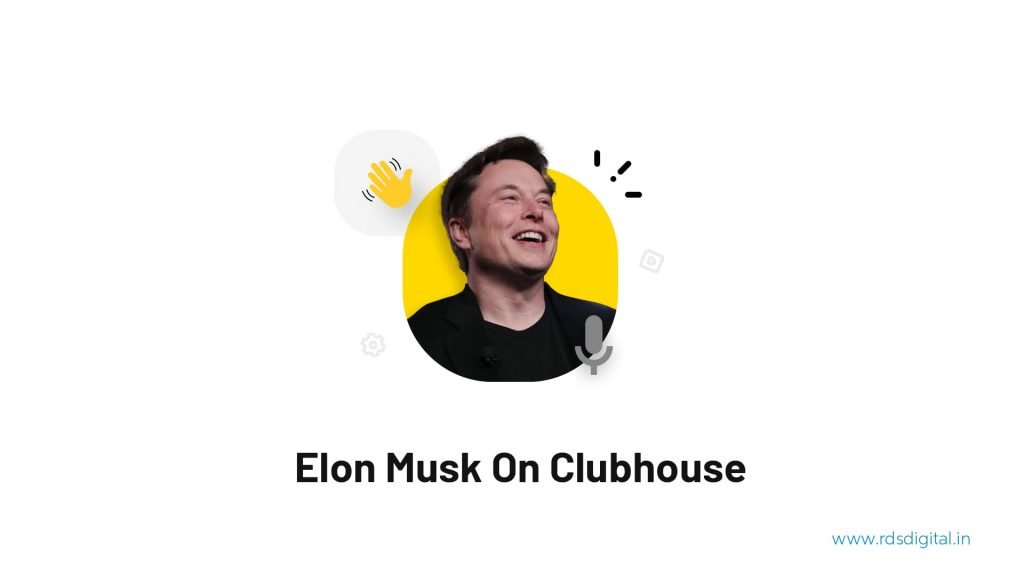 The tone of their show is purposefully light, with successful tech people gathering after their children have gone to bed to discuss the day’s news without being too critical of anybody involved. In this regard, the show is tonally consistent with the mission that Andreessen Horowitz announced last week in a blog post announcing the creation of “a new media property” to become “the go-to place for comprehension and building the future, for everyone who is building, making, or curious about tech.”

Surprisingly, Clubhouse’s popularity has now spread beyond the United States. According to App Annie, the app received 2.6 million downloads in its home market, with the remainder coming from other territories, with people vying for invites to join the buzzing platform.

The Clubhouse could be the first startup to become a unicorn while still in beta. The app is expected to be released in a few months and is available for iOS and Android users. In an earlier town hall, Clubhouse founder Paul Division revealed that the app’s weekly active users had surpassed two million in January.

The phenomenal success of Clubhouse has also boosted the overall social audio ecosystem, with a slew of local and global competitors and vertical-specific live audio apps gaining traction.

Quilt, Locker Room, and Dizhua are just a few examples. Twitter’s Clubhouse equivalent, Twitter Spaces, was also recently launched. According to reports, Facebook is also developing a competitor in the audio space. 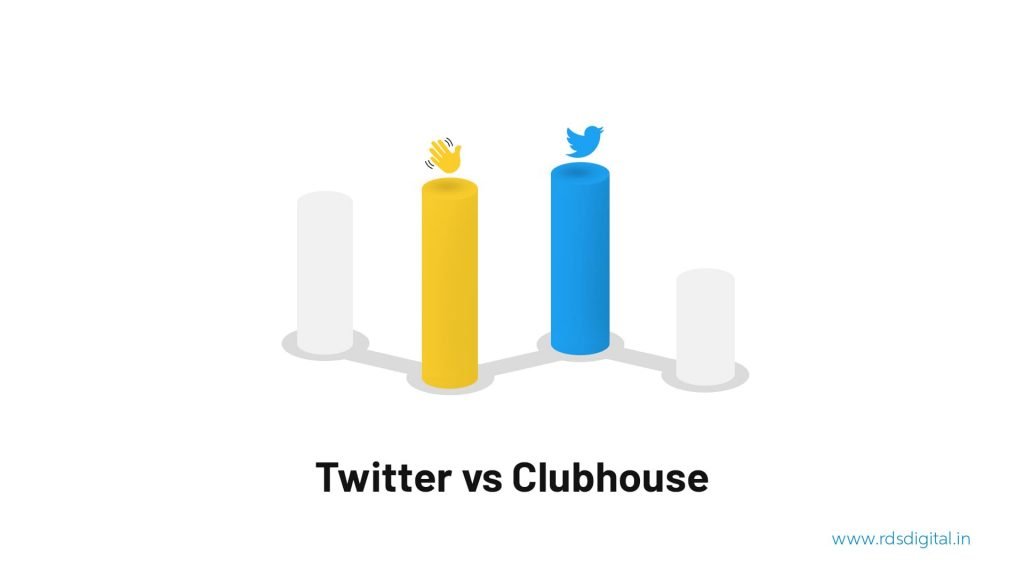 Whenever a new online app goes viral, you can almost always count on at least one of the social media behemoths to test a similar, competitive feature.

Twitter Spaces, a feature limited to accounts with 600+ followers, was announced a few months after Clubhouse’s launch.

According to the findings, marketers are more interested in Twitter Spaces than Clubhouse. It is the number one emerging social media platform that brands have invested in this year, and marketers have stated that they will invest more in that audio platform than in Clubhouse.

In the meantime, 15% of marketing companies intend to reduce their Clubhouse investment in 2022.

Twitter Spaces was soft-launched in late December to a small group of beta testers before going live in May 2021.

Following the success of audio apps such as Clubhouse, the Spaces experiment was announced late last year. Similar to Clubhouse Rooms, the feature initially only allowed users with more than 600 followers to host a space. Today, the tool is available to all Twitter users, regardless of follower count, and it is prominently displayed as a centre tab on the app.

Make a Twitter Space for live audio conversations. You choose the topic, the people who will speak, and the vibe. It’s about bringing people together through the power of the human voice. Being a host is a once-in-a-lifetime opportunity because each space is unique—and you shape it by moderating the public conversation.

Because all Spaces are open to the public, your presence and activity in one are also available to the public. At the same time, accounts with protected Tweets, on the other hand, are unable to create a Twitter Space. As the Twitter Space host, you will be visible in the Twitter space like everyone and others, including people who follow you, peek into the Space without entering, and developers who use the Twitter API to access information about the space.

Once your space has started, you can add context by naming it something descriptive. Because the name will be visible to others, you can help set the tone by selecting something related to your topic.

How to Develop a Clubhouse Brand Marketing Strategy for Your Business? 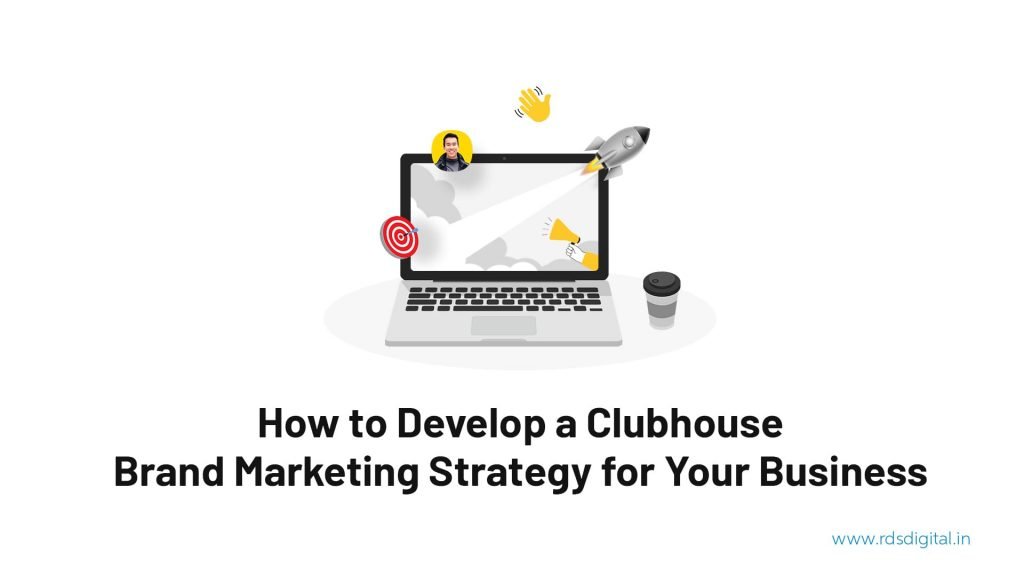 The Clubhouse can be an effective and efficient virtual marketing tool and a quick way to organic and on-demand traffic, whether you’re a business owner, marketer, or voice representing your brand using Brand marketing strategy. However, to utilize most of your time on the platform, you must strategically align how you use it with your overall business goals.

This six-part system will assist you in developing a Clubhouse strategy that works for you:

Clubhouse has recently been on the decline, and it is doubtful that it will survive unless radical changes are made.

While their Velvet Rope growth marketing strategy was expertly implemented, they faced a lack of a proper moat. They were competing with massive brands like Twitter and Facebook, and unfortunately, they had nothing these brands couldn’t easily replicate. That is precisely what occurred.

As a marketing firm, RDS Digital can assist you in defining, developing, and promoting your brand. Each brand begins with research and exploration. We evaluate market trends, analyze the competition, design for results, and adjust for the best brand Marketing strategy possible.

Are you ready to expand your brand? Let’s get this party started. Contact us today for a free consultation. so we’re always happy to chat.